Solar For Your Business: A Beginner’s Guide

Renewable energy is big business in the country right now, especially solar. As a country that gets more or less 200 days of sunshine in a year, Australia’s power grid would want to capitalize on what’s basically free energy. If every house, store, and office had a few solar panels installed, they would go a long way in keeping them powered in times of dire need.

As promising solar may seem, it pays to understand the fundamentals first. After all, if solar is all that it promises to be, then why hasn’t everyone owned panels? Why hasn’t solar displaced fossil fuel as the primary source of energy? This guide will explore solar in detail and its implications to businesses that consider installing a solar energy system. 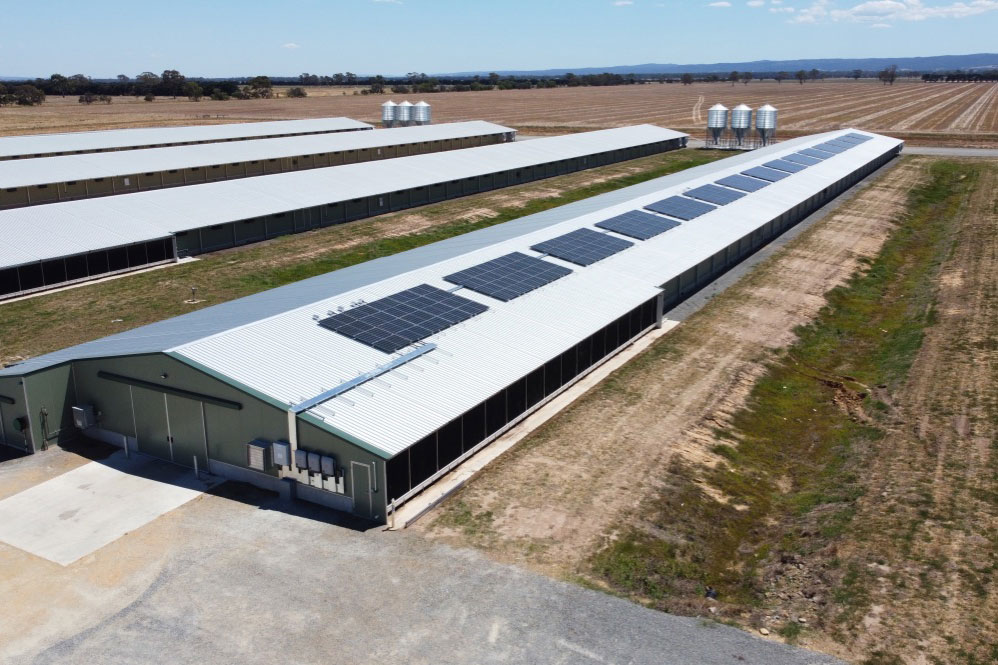 According to Geoscience Australia, the country has more solar radiation per square metre than any other continent. Naturally, the highest concentrations are in the deserts in the heartland and the northwestern regions. That description alone isn’t saying much, but there are figures to back it up. (1)

Every year, the country gets bombarded with an average of close to 60 million Petajoules (PJ) of solar energy. To put that into perspective, the national energy consumption for 2020 to 2021 was only 188.6 Terawatt-hours or 6.8 quadrillion joules. Australia can collect an estimated 10,000 times more solar energy than it can use up in a year. (1)(2)

The further north your business is, the more solar energy it can harvest to fulfil its needs. Daily solar radiation ranges between 12 and 24 Megajoules per square metre. Melbourne may not get as much solar radiation as Darwin or Perth, but it doesn’t necessarily have to. Even with just 15% of collected solar energy converted into electricity, it would still suffice for property use. (3)

But for all its abundance, solar energy currently accounts for only 0.1% of Australia’s total energy consumption, with water heating as the most common. High capital costs and technological gaps have hindered solar from widespread use. It gets weird when you learn that solar energy generation accounted for 6.5% of all energy produced in 2020. (1)(4)

Clearly, there’s a lot to be done for solar to have a significant foothold in the country’s energy grid–and it has to pick up the pace. The latest estimates see an increase in solar energy use in the country from 7 PJ in 2007-08 to 24 PJ in 2029-30, but solar energy generation will stay in the Terawatt-hour range over the same period. (3)

STCs and the ROI Question

Millions of Australian households have their own solar energy systems supplying extra power on top of the primary grid. These installations amount to three Gigawatts (GW) of solar capacity for 2020, breaking the previous record of 2.2 GW in 2019. The same year also saw the most number of household solar installations, putting the ratio of solar-ready homes to one in four. (4)

However, commercial properties have been relatively slow to adopt. For the most part, business owners are concerned about the return on investment (ROI) of installing solar panels, especially those whose businesses consume more than 100 kW. An ROI measured in cents instead of tens or hundreds of dollars will be a hard sell.

One source that justifies a gainful ROI is the small-scale technology certificate (STC) program, which is part of the Renewable Energy Target initiative. In exchange for installing solar and renewable energy systems, residential and commercial properties can gain STCs that translate into rebates. The amount saved depends on three factors:

To better understand the ROI problem, here’s a comparison of two cases:

As impressive as the savings seem, the STC value is constantly declining, as suggested by the program’s phaseout by 2030. The longer property owners wait before committing to solar, the less rebate they’ll receive under the program. Had the above examples waited until the following year, their rebate would have dropped by as much as AUD$ 3,000.

Furthermore, as mentioned earlier, commercial buildings that require a 100-kW installation or larger are already considered large-scale. They no longer qualify for STCs, but they still do for large-scale generation certificates (LGCs) that feature a more complicated formula. Like STCs, LGCs are also slowly dropping in value over the years. (5)

Overall, business owners are understandably on edge when the matter of going solar comes to them. It’s not that they don’t appreciate the benefits of renewable energy to the environment or the economy. They have to make sure that the cost of installing solar panels won’t cut too deep into their coffers.

As with anything in life, solar panels have their share of pros and cons. Striking a balance is the best way to approach this. With the existing hurdles limiting solar energy’s widespread use, here are some points worth considering before investing in such a system.

Fossil fuel still powers Australia’s power grid, specifically coal that accounts for 75% of all electricity produced. But a recent report states that Australian electricity is some of the most expensive compared to other developed countries. In four states, electricity (cents per kWh) is more costly than in the U.K. or most European Union member-states.

Solar is still far from becoming the primary energy source, but this situation puts it at an advantage. Solar panels allow residential and commercial properties to be self-sufficient in terms of power. They can continue providing power in the event of a scheduled or unexpected power outage.

However, despite ongoing research, solar energy storage remains a significant handicap. Current battery technology means stored solar energy can only last for a few days before it’s lost. Getting a larger battery is an option, but any added investment will undoubtedly make businesses wary about achieving adequate ROI.

Solar energy is basically free; the Earth gets a lot of it from sunrise to sundown. With the proper panel design and orientation, a property can maximize the amount of solar energy it harvests and stores as electricity. The amount still depends on the location, as explained earlier, provided that it’s sunny all day long.

On that note, solar panels can’t produce as much at night or under an overcast. Even with a full moon (which bounces sunlight off its surface), the amount collected is insignificant. On cloudy and rainy days, the panels’ output can be around a fifth of what they typically produce on sunny days.

Ironically, solar panels harvest less energy under temperatures above 25o C. Every Aussie knows how it can get unbearably hot in a good part of the year, and 25o C may as well be the bare minimum. It may explain why the country’s major solar farms are located in less sunlight-intense zones.

Solar panels are power plants in their own right but small enough to be mounted on the roof, if not on a separate plot of land. The average panel measures 1.6 metres long and 1.0 metre wide. If a 100-kW system needs around 400 individual panels, it’ll need at least 656 square metres of space.

They may look lightweight, but they actually weigh around 18 kg each. Residential and commercial proprietors must consider the weight per square metre that each panel will exert on the roof. Whether they choose to reinforce the roof or install a smaller system, the cost won’t come cheap.

For systems that warrant a plot of land, there are development issues to take into account. Institutions may find themselves making hard decisions, mainly between having access to solar energy and protecting the trees from urban developments. The state government of Queensland was faced with such an issue in 2018, its tree clearing laws impeding efforts to achieve its goal of going 20% renewable energy by 2020.

To put it simply, having one green solution in exchange for another defeats the purpose of going green in the first place. Business owners have to consider their brand reputation when such initiatives would have detrimental results.

Any piece of technology, given a long time, will grow more sophisticated and less costly. Solar panels are no different, with their overall efficiency increasing and battery storage becoming affordable enough to justify having them.

Experts say Australia is on track to grow more dependent on solar energy in the coming years. With over 10 GW of solar and wind power plants installed in 2018, the country’s halfway towards going 100% renewable energy by 2025. The STC and LGC programs are among the major trend drivers.

Consequently, the same technological growth also has businesses wondering about the best time to go solar. Should they wait until the price of solar panels has dropped tenfold? Will installing current solar tech render them inefficient in several years? Will the rebates still be worth it the closer to 2030 the year gets?

Installation and maintenance will also be more complicated as solar panels become more efficient. The question here is more concerned with how much electricity a store or office will consume in the future than how much right now. After all, solar panels are nothing less of a long-term investment.

As discussed so far, there’s a lot to consider in going solar other than just the environmental and economic benefits. However, by no means should the intricacies discourage any business owner from this green initiative. If the considerations mentioned here result in a favourable outcome for the business, then it’s okay to get started on owning a solar energy system.

With that in mind, here are some planning and pre-installation tips worth considering.

Make no mistake that solar energy has grown in popularity over recent years. It’s everywhere and doesn’t need to burn any fossil fuel to produce energy. But to justify solar as a long-term investment, business owners should look into every detail carefully. If the numbers favour the business now and in the future, there’s no reason not to go solar.

we are happy to hear from you

With over 12 years experience